In February 2018, I visited the Mathematical Sciences Research Institute at UC Berkeley to attend a MSRI Workshop on Critical Issues in Mathematics Education 2018: Access to mathematics by opening doors for students currently excluded from mathematics. Tertiary and K-12 educators across the nation and some including myself from overseas converged at this workshop packed with group discussions and lightning talks co-organized by Francis Su who was the President of the Mathematical Association of America. The MSRI has been a prominent driving force behind math circle learning in the United States, and so for me it was rightly a pilgrimage trip to MSRI which is perched right up at the top of the Berkeley hill, offering an unbeatable panoramic view of the Golden Gate Bridge and the Bay Area.

One striking takeaway from this workshop is equity in mathematics education. Roughly speaking, equity means giving students what they need to succeed in learning regardless of their personal or social circumstances. One of the plenary speakers, Prof. Dave Kung, gave a very powerful and fantastic talk that provoked the educators among the audience to ponder the question of "I teach math?" or "I teach students?"  and where the audience would see themselves in the spectrum between these two extremes. The former is speaking the content, while the latter is individualized instruction. Dave held polls in between his plenary and it was interesting to watch the number of hands raised in the audience when Dave asked whoever had experienced a teacher at those two extremes and where the audience thought their current department might be standing in that spectrum.

What Dave Kung brought out is an important pedagogical question but also one that is well formulated to ask whether and how, somewhere in the spectrum, technologies can help the disaffected students and even teachers. Going by the extent in which technologies have democratized information sharing in the last ten years, it is thus necessary to consider what greater role will technology play in order to address the equity problem in mathematics education. Will it open up doors to many more students or will it shrink the equity gap between the haves and the have-nots? This one-week pilgrimage to MSRI has been extremely educational and has given me a sense on how to develop and deploy our educational software technologies going forward.

For more than a year, we have been working on the PolyMath App, which first saw action at the Julia Robinson Mathematics Festival in Hong Kong in April 2017. Subsequently, we have partnered with a number of educators to promote the JRMF App at a few international and regional math outreach activities. Last October, the JRMF App was featured as a means to play Exploding Dot that James Tanton created for the 2017 Global Math Project. We also held a few interactive workshops with mathematics teachers at several well-established math education centers in Shanghai and the Shanghai World Foreign Language Middle School (上海市世界外国语中学). In February 2018, we worked with a group of forty secondary school mathematics teachers from the English Schools Foundation (ESF) international schools in Hong Kong. There was so much to learn from the teachers at the front-line of the ever-evolving mathematics education landscape. After the workshop was over, some ESF teachers even came forward to volunteer as math mentors at the Julia Robinson Mathematics Festival in March 2018!

Using the PolyMath App, we shared with the teachers how they can quickly learn binary number system and arithmetic through game-play in our PolyMath App. Thereafter it was natural to introduce James Tanton's exploding dot as it revolves around place value number system once the teachers had become familiar with the binary number system. The binary system is the most basic and practical one, not just because we use it in computers, but also because binary number representation and its arithmetic manifest intriguingly in games and algorithms. In particular, we delved into the deep mathematical insights behind the NIM game (also called the Fish-flavored Lollipop problem set in JRMF) and the algorithm behind the Russian peasant's method of multiplication and a logical puzzle by Martin Gardner. Working with these amazing teachers was an uplifting experience! 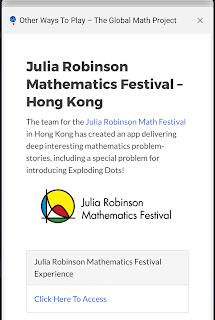 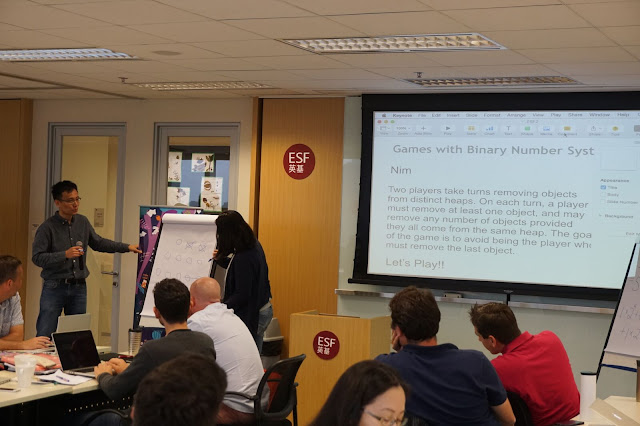 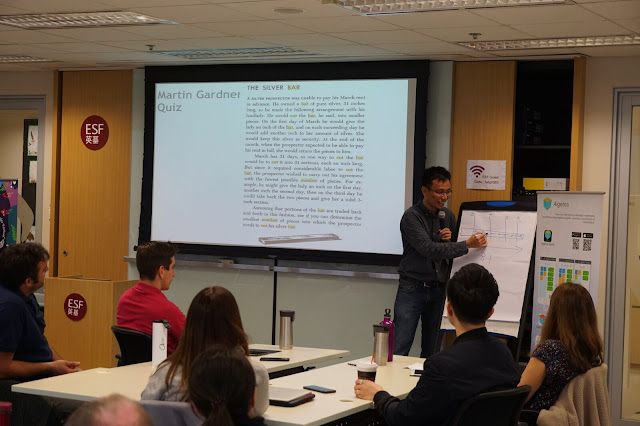 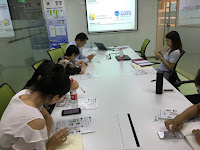 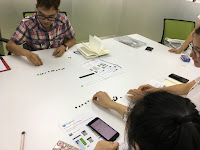 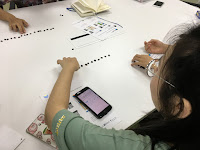 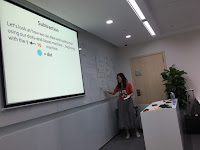 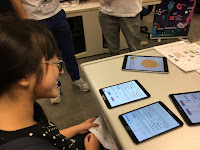 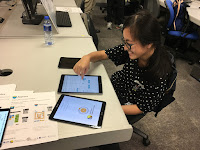 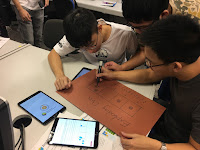 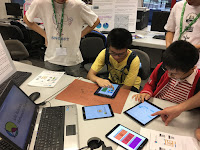